Hi there, Manhattan Beach and other CA voters ~
glad you dropped by!

Note: I generally don’t comment on candidates unless they are on my ballot.
However in this primary, I’ve included
Torrance candidates’ responses to a terrific organization’s questionnaire.
If you’re not from Torrance or Manhattan Beach, check out the terrific voting resources below
for recommendations on who to vote for in your community.

Get my political news (I send specific, easy actions and stuff you haven’t read–but not too many)! Send me an email:
rabbitt101 (at) aol (dot) com. Your subject line: ADD ME

Questions about California elections?
Everything You’ve Wanted to Know About CA Elections But Were Afraid to Ask (in 1:47 minutes)

Not voting is the #1 cause of unwanted presidencies

Be sure to check out the terrific voting resources below!

For U.S. Senate, you will need to vote for Alex Padilla twice: this one is for the 6-year term ending January 3, 2029.  Padilla was formerly California’s Secretary of State.

Yup, vote for Alex Padilla again: this vote is for him to serve the remainder of his term ending January 3, 2023. He was originally appointed by Governor Newsom to fill Kamala Harris’s vacant seat when she became Vice President.

I’ll never forget sitting around our kitchen table with Al Muratsuchi and his staff after a house party in his first campaign for state rep. Al’s definitely one of the good guys.

Ted Lieu’s been my guy since 2005, when he was elected to the California Assembly. In 2011 he was elected CA State Senator, and since 2015 he’s served as my Congressman. He’s articulate, fearless and humorous ~ exactly what we need right now. I’m only bummed he can’t run for President (he was born in Taiwan).

For the special municipal election portion of the ballot for the City of Manhattan Beach (at the end of page 2 of the ballot), MB Citizens for Schools have proposed Measure A: a property parcel tax of $1095 annually that will directly benefit MBUSD public schools, and whose funds will be controlled by a citizen oversight committee.

Low income individuals and seniors 65 and over can qualify for exemption. Renters are also exempt though landlords may choose to pass along some costs via rent increases. Filing this form one time only will secure seniors their exemption for the duration of the measure.

This and an inflation cap of 5% is solidified by the legally binding Memorandum of Understanding (a.k.a. MOU) adopted by the School Board and City Council  earlier this month. The $1095 is what’s needed to bring MBUSD to the average level of per pupil per year funding in the state. The 12 year time horizon is intended to bridge the length of time projected until MBUSD reaches the ‘’basic aid’’ designation, putting us in a new category that would no longer require such a property tax for adequate funding.

Surprisingly, MBUSD is one of the lowest funded districts in the state, receiving $2,000 less per pupil per year than the state average. This is a funding gap that is just too large for MBEF to reasonably fill and not core to its supplemental mission.

Why is the district underfunded? There are many factors, not the least of which is that when Prop 13 became law, MBUSD was encoded as a K-8 district and despite almost 2 decades of lobbying against this designation, that fact has not changed.

Note: County races on this ballot are for non-partisan offices.

In 2018, the Los Angeles County Democratic Party endorsed Alex Villanueva for County Sheriff. The party has not been fooled into endorsing him a second time. Some of the controversy surrounding his office is so bad, John Oliver devoted 5 minutes of his show to it in early May. The LA Times makes a convincing case instead for Long Beach Police Chief, Robert Luna.

Though the LA Times doesn’t offer endorsements in every race, it has endorsed sitting County Assessor, Jeffrey Prang for a third term.

Judges are the reason I began publishing my ballot more than 20 year ago.

In deciding who to vote for, I consider the opinions of very smart friends, individual judges, lawyers, current and former elected officials and, though these positions are non-partisan, the Los Angeles County Democratic Party , Stonewall Democratic Club, as well as the LA County Bar Association ratings,  SoCalBlue, an Indivisible South Bay endorsements tracker many more.

There are so many judges to choose from! How does one decide? I recently attended the Beach Cities Democrats virtual meeting; judicial candidates also attended. Each introduced his or her self and answered questions.  That’s when I saw how many, many fine candidates we had to choose from; many of whom I would be proud to vote into office.

Note: I’m interested/puzzled/alarmed to see that several of the judges most of my sources support are also recommended on this ultra right site...which just serves to remind me that politics is an art, not a science.

The bottom line is, we’re all trying to find the green button, the golden ticket, the most excellent candidate. But we can’t possibly know how someone will act until they’re in office. So: research. Ask friends. Consider your choices. Then vote.

Most of my sources agree: Tim Ruben. However, a very smart judge I know sent the following:  I do not know any candidate personally other than Sherilyn Garnett (Office No. 3), who is an excellent judge and is plainly the most qualified candidate. But she was just confirmed as a Federal District Judge, so she is unavailable to serve on the state court. I am voting for her anyway in the hope that if she wins, the Governor will appoint her successor. As far as I know, he has selected excellent judges.

Two of my election experts inserted the same quote when endorsing Melissa Lyons for Office #90: “A judicial colleague of mine who is a former DA has described Melissa Lyon as the best of all of the DAs running this year.” 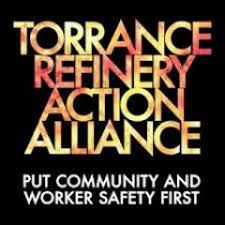 Peace Action ~ Of all the groups I give money to, I save my biggest donation for Peace Action, which is a lean, efficient and politically pragmatic organization. Once a year, a Peace Action staffer comes over for lunch and teaches me a TON about the peace movement and specifically what Peace Action is doing to move our politicians, our policies, our country towards peace. Contact me if you’d like to join us for lunch: rabbitt101 (at) aol (dot) com with the header: PEACE ACTION

Authors and Illustrators for Children Children’s author Bruce Balan and I founded AIC in 2004. It’s now a nationwide organization of children’s book creators and associates committed to vote, campaign, and speak out for candidates and policies to create a safe, healthy, and inspired future for children everywhere. Join us.

Movement Voter Project  I recently helped promot a fundraiser for MVP, which raises millions of dollars and supports volunteers in more than 600 grassroots groups of color, youth, and LGBTQ individuals in key states. Local groups are best at registering, motivating, and turning out voters. These are the groups that help us elect people who will protect our electoral system and democracy.  Movement Voter Project’s long-range plan is what excites me the most. Go to https://movement.vote/, click on “Learn More,” then click on “Progressive Decade Plan.” (mic drop)

The LA County Bar Association rates judges here. The following are qualities the LA Country Bar Association considers when interviewing and evaluating judicial candidates:
(1)  Integrity and character
(2) Judgment and intellectual capacity
(3) Fairness
(4) Experience
(5) Industry and diligence
(6) Judicial temperament, including whether the candidate would be courteous and considerate of counsel, parties, witnesses and jurors, and whether the candidate is even-tempered
(7) Professional ability and knowledge of the law
(8) Health problems that might affect the candidate’s ability to serve as a judge
(9) General reputation in the community
(10) Civic and community activities
(11) Candor in preparing the Personal Data Questionnaire and list of references, and responding to inquiries by Committee members
(12) Other relevant matters of concern including any issues relating to potential bias

Useful links from the LA County Registrar:
Find your nearest drop-off location to return your Vote By Mail (VBM) ballot before Election Day.
Check Your Status  ~ not sure if you are a VBM voter already OR do you want to check the status of your ballot?
Text Messages ~receive quick and easy text message notifications about important election information.

Why the heck do I tell you and your friends how I voted? I started this site because I used to call my brilliant uncle Raphael Konigsberg and ask him how to vote–especially for judges. I mean, who knew how to pick judges?  When he died, I said, “So now who’ll tell me how to vote?”

So…I’ve been researching, comparing, and sharing my ballot with friends, and friends of friends for more than 20 years.  Many thanks to the individuals and groups who’ve shared their views with me!

If you’d like to be on my political email list, email me at:
rabbitt101 (at) aol (dot) com with the header: ADD ME

Return to the top